Are you an American who doesn’t want to vote? Fear not: These young celebrities will surely change your mind. Check out the campaign for Rock the Vote. 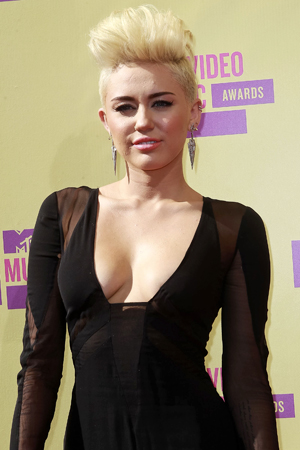 If you’re an American and need a little push to vote, or if you’re a Canadian who wants to pretend to be American, this message is for you!

The biggest stars of youth programming and music have come together to reel you in to the polling station. Yaaay!

The likes of Miley Cyrus, Kathy Griffin, Modern Family‘s Jesse Tyler Ferguson and Eric Stonestreet and the cast of Glee are all dancing and prancing to entice your soul into participating in this year’s presidential election.

Not to be selfish or anything, but we really don’t have enough of that up here in Canada. Toss together Rachel McAdams, Ryan Reynolds, Ryan Gosling, Bryan Adams and Sarah McLachlan in a musical/dancing extravaganza, and you’d have an amazing TV spot. Everyone would vote.

But check it out, and let us know what you think.

Rock the Vote #WeWill Video
Check out our friends and supporters who are spreading Rock the Vote’s #WeWill message this election season. Watch, register to vote at www.rockthevote.com & be heard this November!