As we say goodbye to the Twilight Saga and its many characters, a new era is upon us. Kellan Lutz of the Cullen vampire clan has found a new, captivating role, and it involves very little clothing.

Related story Razzies 2015: Find out the worst films of the year 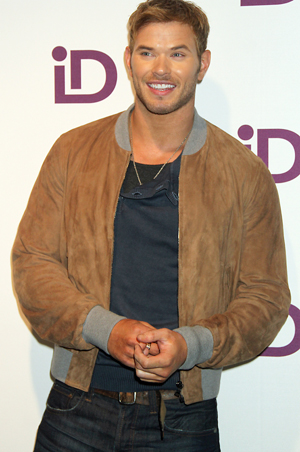 The beautiful, buff man-vampire Kellan Lutz is ready to shed his Twilight shell. And we have no problem with that. Here’s why:

The actor rose to fame as Emmett Cullen in the Twilight Saga, but with Breaking Dawn: Part 2 concluding the epic franchise, he’s ready to move on to wilder things. Oh yes, Lutz will be playing the iconic vine-wielding jungle man in the new reboot of Tarzan, co-starring Spencer Locke as Jane.

You read right — Lutz will be flying about in the African wilderness in nothing but a loincloth. Best. News. Ever.

“It’s bittersweet,” the actor told E! News. “I’m really excited for it, and I always enjoy doing the premieres and the press junket.”

He added, “We worked our butts off, but it’s great to close a chapter on one franchise, and hopefully I can start a new franchise with Tarzan.”

Well, we hope you are in a happy place now. Lutz definitely has the physique to play the famous jungle man, but the success of this franchise solely depends on the crew. Thus far, no director or producer is attached to the project, but stay tuned.

Opinions? Kellan Lutz as Tarzan? Yes? No? Maybe so?