Despite all the legal drama tossed in her face and the endless Lindsay Lohan comparisons, Amanda Bynes has faith. The actress denied the DUI charge and claims she is doing hunky-dory. 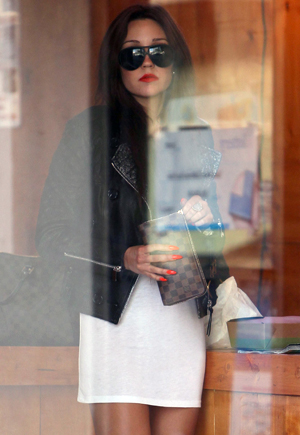 Oh, remember little Amanda Bynes on All That and The Amanda Show? Yeah, she’s definitely all grown up now.

The retired actress has been keeping busy these past few months with one glorious arrest, a DUI as well as a hit-and-run charge, and having her driver’s licence suspended. High fives for adulthood! So how is she holding up?

“I am doing amazing,” Bynes told People magazine. “I am retired as an actor. I am moving to New York to launch my career. I am going to do a fashion line.”

She added, “I am not talking about being arrested for DUI because I don’t drink, and I don’t drink and drive. It is all false.”

That’s quite optimistic and defiant of her. It is true that Bynes was charged with the DUI because she refused to submit to a chemical test, so technically she may have been sober… but behaving like a queen bee.

There have been numerous rumours about her personal troubles, like heavy drinking and erratic behaviour. Bynes has consistently denied consuming alcohol and was spotted taking a cab to go shopping (pictured right), so at least she respects the licence suspension.

Can celebrities just not be allowed to drive, please and thank you? They are a menace to public safety. Take the bus like everyone else; it’s called the people’s limousine… Sounds fancy enough for a star, no?

The actress’s trial for misdemeanour DUI and hit-and-run charges is scheduled for Oct. 29. Bynes must comply with the law until the trial, otherwise an unspecified bail sum will be imposed.

What’s going on with Amanda? What do you guys think?