It’s getting close to that magical election time, and Katy Perry is not afraid to let her political colours show. The songstress will be performing at President Obama’s fundraiser in October. 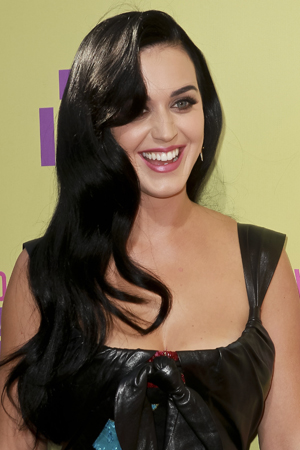 Who screams guaranteed political success more than Katy Perry? We can’t think of anyone.

The singer has signed on to perform at President Obama‘s fundraiser, “30 Days to Victory” (modest title), on Oct. 7 in Los Angeles.

Perry will be one of many artists to pop in for an appearance at the Nokia Theatre in support of the president. The other performers will be announced later this week.

If you’re thinking of heading down to the States to witness this wondrous musical gift, we must warn you, the prices are steeeep. Supporters (not for Canucks) can easily get in for $44, but general admission is $250. They’d best be handing out some gift baskets at this fundraiser — gift baskets full of money.

After the concert, patrons are invited to join Obama at a nearby restaurant for a dinner hosted by Jeffrey Katzenberg; tickets start at a mere $25,000 per person. Pssht, pocket change rattling in the pocket, really.

It appears Mr. Obama called dibs on all the amazing celebrities. This sounds like a great fundraiser and a bit more accessible than those V.I.P. dinners (we’re talking about the concert part, not the elitist dinner afterward).

What do you guys think? Good fundraiser idea?