After resurfacing post-scandal, Kristen Stewart and Robert Pattinson have been putting out fires everywhere. According to new reports, the two have been meeting in secret. 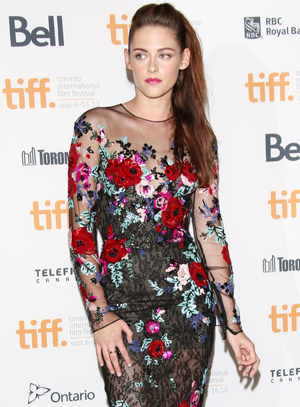 This quite an elaborate scheme here — it’s a secret within a secret. Intriguing, no?

So, apparently while we were all making our peace with the end of Robsten after Kristen Stewart was caught canoodling with Rupert Sanders in July, K.Stew and Robert Pattinson were sneaking around behind our backs! But little did they know that the tabloids were secretly sneaking behind them… Mwuahaha!

That’s right — those stealthy little youngsters could not escape the long arm of the media and have reportedly met up on two separate occasions. Maybe they’re just divvying up their DVD collection or swapping tips for the perfect homeless teen look… Or they are plotting their reunion as a couple!

Neither Stewart’s nor Pattinson’s reps have offered a comment. How rude.

How are we feeling about this? Should K.Stew and R.Pattz get back together, or is that a no-no? Judge away, friends!