The law has spoken! The rights to the topless shots taken of Kate Middleton while she was on holiday with Prince William have been ruled in favour of the duchess. 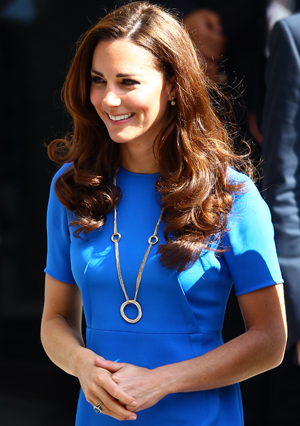 In yet another battle between England and France —this time for the rights to the topless Kate Middleton photos — Britannia has come out triumphant!

The French court ruled today that the magazine Closer must hand over all digital copies of the duchess’ topless photos within 24 hours and must terminate their further publication immediately.

The court also ordered the publication be fined $13,100 daily if it fails to comply with the verdict, which includes eradicating the photos from the magazine’s website and all apps. Closer has published 14 photos of half-naked Middleton thus far. Ireland and Italy have also plastered them on their tabloid magazines.

The incriminating shots were taken while the royal couple was on holiday in a private chateau owned by Lord Linley in Provence, Southern France. Obviously someone decided to grab a construction ladder and set up camp in an obscure tree with a magnifying lens. No biggie.

“These snapshots which showed the intimacy of a couple, partially naked on the terrace of a private home, surrounded by a park several hundred meters from a public road, and being able to legitimately assume that they are protected from passers-by, are by nature particularly intrusive,” the French ruling decreed, per The Star. “[They] were thus subjected to this brutal display the moment the cover appeared.”

The royal couple seems to be quite content with the ruling. Aren’t they just vicious about their privacy? Don’t mess with ’em, people.

You have to give credit to the paparazzo who took those topless photos, though. Not only did practically everyone in the world see them, but the skill with which he invested into planting himself for a clear shot… That’s some stalking superhero business right there!

Legally everything has been resolved — somewhat. The royals might still file a criminal complaint. What do you think of the whole thing?