Oh, this is big! This is huge! Not only are Christina Aguilera and Cee Lo Green abandoning The Voice, they’re being replaced by some amazing talent. 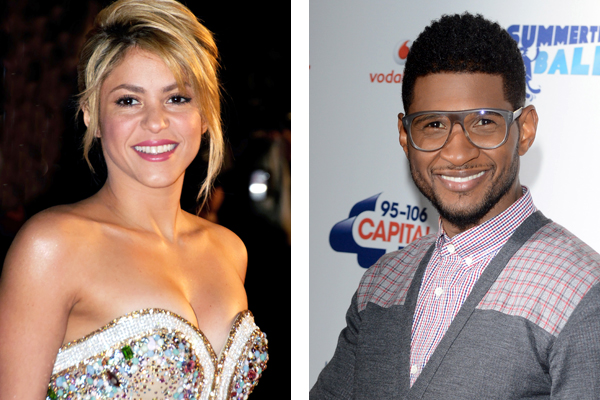 When we say big changes are coming to NBC’s The Voice, you’d best believe it, because our hips don’t lie about the ushering in of a new era for this show.

The hit show has announced it will be bringing in Shakira and Usher as the new coaches to replace Cee Lo Green and Christina Aguilera in the fourth cycle, set to return in the spring.

Ladies, fear not. Adam Levine and Blake Shelton are remaining. And now we have Usher joining the man candy train. It’s going to be a very visually successful season. Shakira is not exactly hard on the eyes either.

For those of you dropping tears for Aguilera and Cee Lo (with his menagerie of animals), stop it now! The two are only temporarily leaving the show to pursue their musical interests.

“Doing two back-to-back cycles of this show requires a tremendous amount of time, and we are happy to accommodate the commitments made by Christina and Cee Lo,” said Robert Greenblatt, chairman of NBC Entertainment. “The participants on our show benefit from our coaches’ expertise, and their continued success in the music business allows for significant new contributions to the contestants when they return.”

See? They have dreams too.

So what are we thinking, here? Are Shakira and Usher going to be able to fill the depressing void left behind by the former coaches?

American Idol, The Voice & The X Factor: Fight to the death!
Billie Joe Armstrong joins The Voice!
Christina Aguilera keeps her style “fresh” on The Voice