In case you can’t keep track of all the awards shows, we got your back. The MTV EMAs have released its nominations list, with Rihanna and Taylor Swift holding the most award nods. 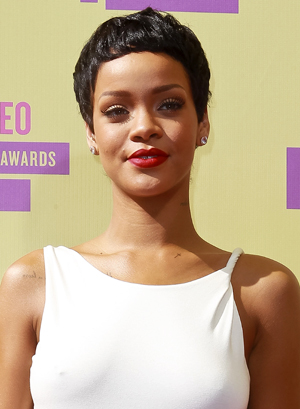 As if Taylor Swift and Rihanna do not have enough accolades to last a lifetime… Here are a few more nominations and, most likely, a few future awards.

Rihanna is leading the pack of overachievers at the MTV EMAs with six nominations! T.Swift is trailing slightly behind with five. Justin Bieber and Katy Perry complete the top noms roundup with four. And all these lovely artists are not yet 30. How depressing…

The music awards will be held in Frankfurt, Germany on Nov. 11. Other nominees include Lady Gaga, Nicki Minaj, Lana Del Rey, Kanye West, Jay-Z, Carly Rae Jepsen and fun. (all with three nominations), as well as Green Day, Gotye, One Direction, Rita Ora, Jack White and Arctic Monkeys, who are all up for two awards.

Rihanna and T.Swift are both nominated for Best Female and Best Pop categories. We’re glad to see Swift no longer lurks in the Country nominations. Really, that was just a clever facade six years ago. It will be interesting to see who shall claim the most awards between the two of them.

MTV will be announcing the presenters and performances closer to the event. The awards show will air from Frankfurt live on all MTV channels, worldwide.

It’s refreshing to see Rita Ora and Arctic Monkeys on the radar. Unlikely to see the glow of an award statuette, but proud to be nominated, right? MTV awards of any sort really do not appreciate the underdog. We hope they will perform live at the very least.

Who would you prefer to see rise to the top at the MTV EMAs: Rihanna or Taylor Swift?