Can she really do that? Yes, she can! Britney Spears has taken a keen initiative to keeps things sober and has banned all booze from The X Factor. 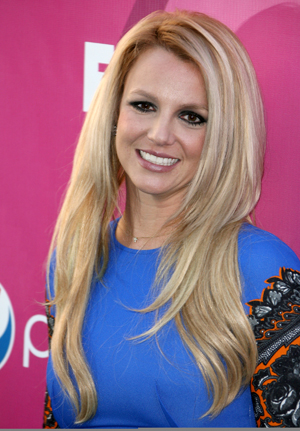 Britney Spears knows what she wants — the prettiest sober girl on The X Factor.

Ever since her public breakdown — remember the head-shaving fest? — Bit-bit has been on our “wonky celeb” radar. And the late-August news of Spears reportedly banning all attractive female staff from the show did not help matters.

But have no fear! Bitty is taking care of herself, even if it is at the expense of happy hour. The pop star, through her protective posse, has banned alcohol from backstage and hotels during the filming of The X Factor.

“Very important: We require you to empty the minibars of all alcohol,” read a hotel rider for Spears. “And no gifts of wine or any other alcoholic beverages, please.”

OK, who even drinks the booze from the mini-bar? Flasks are waaay cheaper. We kid — sort of. But honestly, is Spears so vulnerable to alcohol that the mere knowledge of its presence in the hotel mini-bar will send her spiralling out of control? If yes, then girlfriend definitely needs to stick to orange juice or something.

Instead of hotels, maybe it would be easier for Spears to invest into an RV, which she can keep booze-free (and pretty people-free too!). Sounds nice, no?

Despite all what many may think of Bitty-Bit, we love her to pieces. She’s not bald; she’s not gobbling down anything questionable; she’s still making music; and she has even been complimented by Simon Cowell for her honesty on Factor. Brit is doing well!

Psht… This gal can make any demands she wants. Opinions?

The Buzz – Britney Spears: No Alcohol or Pretty People on X Factor Set!
The X Factor season premiere was met with rave reviews, but the behind-the-scenes staff on the show may feel differently about America’s favorite Pop Princess.