It’s that magical time of the year, when Hunger Games fans can finally begin putting their costumes together, because Catching Fire has started production. 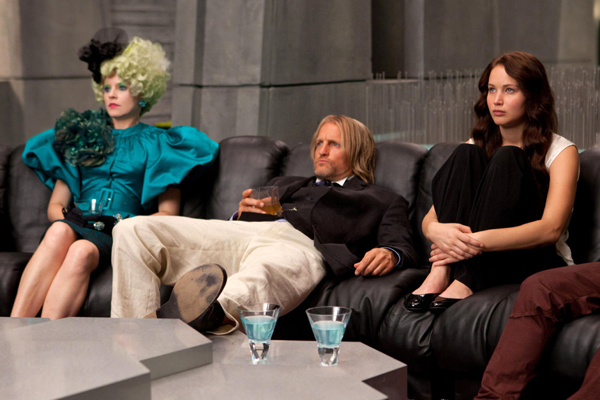 O-M-G! All Hunger Games fans are now officially permitted to start the countdown, because…

The filming with its brand new director, Francis Lawrence, began yesterday and will mostly be done in and around Atlanta, Georgia. The jungle and forestry scenes will be shot in Hawaii.

“We are so excited to be embarking on this adventure with Francis Lawrence, who has already exhibited immense creative vision and resourcefulness in casting the film and planning its look and feel,” stated Lionsgate president Eric Feig.

We are just about as excited. Since Gary Ross called it quits with The Hunger Games franchise, it will have a completely different feel, along with a whole whack of new cast. Of course, all the veterans are making a return, like Jennifer Lawrence, Josh Hutcherson, Liam Hemsworth, Woody Harrelson, Elizabeth Banks, Lenny Kravitz, Donald Sutherland… And then the newbies, like Philip Seymour Hoffman, Jena Malone, Lynn Cohen, Alan Ritchson and Sam Claflin. It’s a full house!

The filming is scheduled to wrap up by Christmas, and the film is slated for release Nov. 22, 2013.

We are so excited and cannot wait for production photos. Stay tuned for updates, people! Opinions?