Everyone had something to say on last night’s finale of Bachelor Pad 3. Some announcements were good, while many were downright awful. 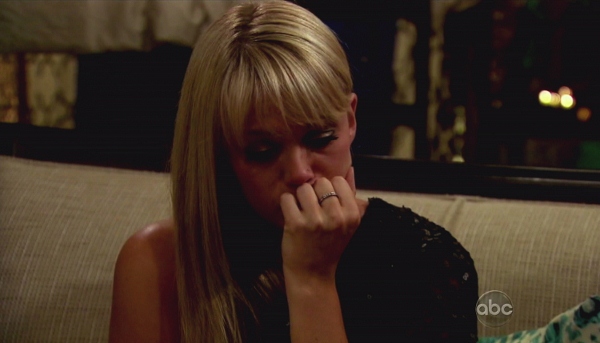 Kalon and Lindzi are still together… for now

The mysterious connection between sweetheart Lindzi and bad boy Kalon was intriguing to watch all season. And they happily revealed tonight that they’re “still going.” But Lindzi’s face wore a very different look when Erica Rose stated she’d seen Kalon at a movie premiere, rubbing another girl’s leg. Yikes! This one might not have a happy ending after all.

In a never-before-seen clip, Michael was asked whether he would date Rachel outside of the house, and he flat out said “no” but that he liked making out with her and holding on to her. Just what every girl loves to hear… And on top of that, it was revealed that he might have had a girlfriend in Chicago the whole time! Either way, he made it clear in last night’s finale that he isn’t interested in pursuing a long-distance, long-term relationship with Rachel. But they seemed so sweet together! Very disappointing.

From relationship to living together to engaged in one night!

It was clear right from the start that Blakeley and Tony are still going strong, but they had much more in store for us than might have been expected. First they announced they were moving in together, and then Tony got down on one knee to propose. Whoa! That’s a whole lot in one night! Who would have thought these two, who seemingly got thrown together as partners, would wind up being the strongest couple coming out of all this madness?

Chris may have said “tough” a dozen times in reference to how it’s been watching all his antics with his friends and family back home. He claimed he got caught up in the game and shouldn’t have hurt the girls’ feelings as he had. But considering how giddy he seemed a little over a month ago at the Bachelorette Men Tell All, it’s questionable how sincere his apology is. Either way, it seemed a little too late in terms of winning the money at that point.

Well, now we know who Nick is

When Nick first appeared on Bachelor Pad, most people’s first question seemed to be, “Who’s Nick?” Well, it seems we now have the answer. Nick’s the guy who won Bachelor Pad 3. Not in the most noble way, mind you. He did it by choosing to keep the $250 million for himself rather than split it with his partner, Rachel, who helped get him there. In the aftermath she alluded to the fact that they had had a conversation on the subject, and he went against his vow to share the money. Sure, he won the game, but he didn’t have to be so egotistical and rude about it. Now Rachel has to deal with losing love and money in such a short amount of time. Here’s hoping good things come her way ASAP!