He may don the cape only in the movies, but Christian Bale is a real hero. The actor flew a 4-year-old cancer patient and his family out to Los Angeles for lunch. 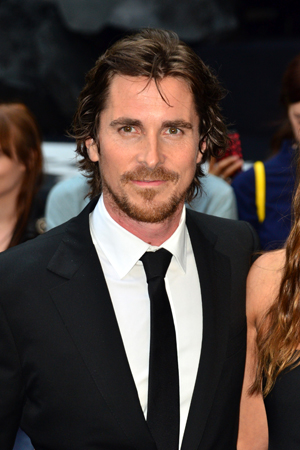 A testament that dreams really do come true.

Little 4-year-old Jayden Barber, who is battling two cancers, really wanted to meet the “real Batman,” like any boy his age would. Well, with the help of a Facebook page, his family and Christian Bale, Jayden got his wish.

Earlier this week, the Dark Knight Rises actor flew Jayden and his family out to California for lunch at Disneyland’s Club 33.

Barber’s mum, Charlene, shared the fantastic news via Facebook with a photo of little Jayden and Bale side by side.

“Finally can share!!! Christian sent us to LA and we had lunch at Disney club 33 on wed!! He and his family were so awesome and down to earth!!!” read the caption.

Charlene continued the tale (and adventure) with Mr. Bale, stating, “The entire interaction was like old friends having lunch. Jayden did not get star struck but was well aware of who we were with!

“They talked movies and super Heros an he was genuinely happy to hear about everything Jayden wanted to tell him. Christian, his wife and daughter are three of the most beautiful people we have ever met! Christian made these arrangements for us personally and ensured we were treated like royalty. I don’t have even one negative thing to say about them. I can tell you that they were just as impressed w Jayden as Jayden was w them :)”

Wow, what an amazing story! Not only is Jayden an incredibly brave boy (whom we wish only and all the best), but Bale is also a commendable man for granting the child’s wish and bringing his whole family along for the lunch; it wasn’t for publicity’s sake, and we respect that.

According to Ohio’s WYTV, Jayden was diagnosed with bone cancer in 2010, and his chemotherapy caused MDS leukemia, which affected his blood and bone marrow. After an unsuccessful bone marrow transplant, the doctors determined that Jayden is terminally ill. As of last week, Jayden is in remission.

We wish the family and Jayden the best of luck.