Ayy! Our frail little hearts cannot handle such pain! Comedy’s best, Amy Poehler and Will Arnett, have separated after nine years of marriage. 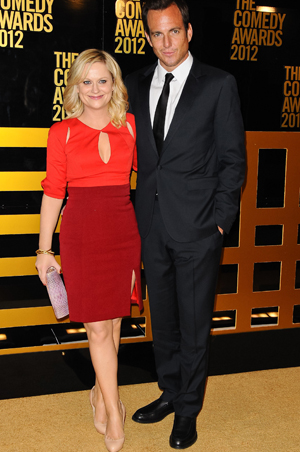 OK, does no one have respect for the sacred things in life anymore? We will accept Johnny Depp and Vanessa Paradis splitting up and even Tom Cruise and Katie Holmes’ divorce, but not this!

Amy Poehler and Will Arnett are separating after nine years of marriage! This is how the world is going to end…

The comedy couple wed in 2003 and have two children together: 3-year old Archie and 2-year-old Abel.

The duo is currently in the process of conquering the television world. Poehler is nominated for an Emmy for her role as Leslie Knope on Parks and Recreation; Arnett is co-starring with Christina Applegate in NBC’s Up All Night.

There is deep, immeasurable pain our chests, and we feel like a girls’ night out with Poehler is long overdue. Call us? Maybe?

How will you be handling the awful news?

Summer movies to enjoy in your air-conditioned home
The Emmy Award nominations are in!
Who’s in Hollywood: 20 Canadian celebrities who are making us proud!