You never know who’s listening… James Franco is being sued by a former NYU professor for making defamatory statements to the press concerning the instructor’s teaching abilities after the former received a D in his class. 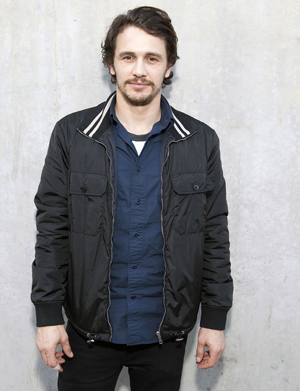 It turns out not everyone is an ardent James Franco fan. We were shocked as well.

The 34-year-old actor is the subject of a defamation lawsuit filed by a former New York University professor, Jose Angel Santana, for making disparaging public statements.

Santana previously filed a suit against the university for wrongful termination, alleging he was laid off for giving Franco a D grade in his “Directing the Actor” class. The actor addressed the professor’s dismissal in The New York Post, saying:

“I didn’t feel like I needed to waste my time with a bad teacher… No teacher will ever be fired from NYU for giving a student a D. He wasn’t fired; he was asked not to come back after three years because they didn’t think he was a good teacher.”

Santana is seeking unspecified damages in the suit; he told the Post that Franco had a poor attendance record (showing up for two of the 14 sessions) and was “outraged” that the actor “had the audacity to make those statements.” Santana also claims he has received very positive student evaluations and that Franco was aware of them when he made the statement.

“Whoever was in Clint Eastwood’s chair at the Republican National Convention was more present than Mr. Franco was in my classes,” Santana told The New York Post.

Franco’s rep has not issued a statement yet.

There’s a lot of “he said, she said” business going on here. We think if Franco’s absences were recorded, Santana could win this suit. You cannot claim your professor is incompetent if you weren’t even present often enough to produce a solid judgment. Making a statement insulting the professor in a newspaper is also not very wise.

When celebs go the full Billy Madison
Walk of Fame: Crowded or just right?
The real deal: Mila Kunis doesn’t put on an act in public