Oh, the pressures of celebrity life. While we invest confidence in Robert Pattinson’s MTV appearance, most eyes will be on Kristen Stewart, who is making her first public appearance at TIFF after the cheating scandal. 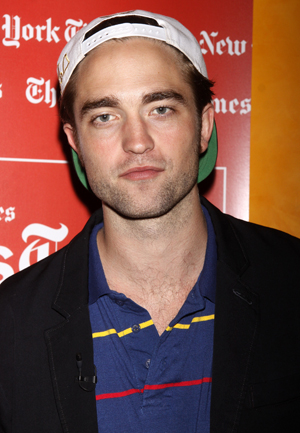 Although there has been no official word on Kristen Stewart and Robert Pattinson‘s relationship status, if they have broken up, we’re pretty sure Rob’s winning.

The actor will be making an appearance at the MTV Video Music Awards with Taylor Lautner today to introduce an exclusive 90-second sneak peek at The Twilight Saga: Breaking Dawn. Usually it’s a three-person job, but Stewart is conveniently unavailable post-cheating scandal.

Where is she? Way across the border, all up in our hizzouse. In layman’s terms, Stewart is making her first appearance since the cheating extravaganza at the Toronto International Film Festival (TIFF).

Since we’ve already witnessed Pattinson’s collected demeanour and eluding savvy during interviews post-scandal, we’re curious to see how Stewart will conduct herself at TIFF. The public sentiment is that Kristen is an evil, evil woman (frankly, quite unjust), but will she give in to the pressure, or keep her head above water?

Who will you be watching? Rob at the MTV Video Music Awards, or Kristen at TIFF?