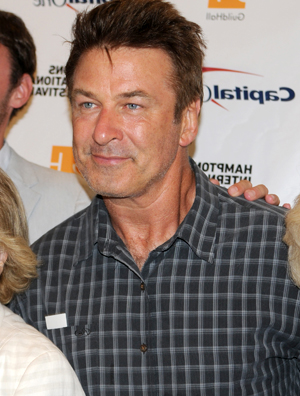 Once again Twitter is proven to be both a useful communication platform and an evil breeder of hatred.

OK, we may be dramatizing a little.

Alec Baldwin has converted his Twitter account into a cyber podium once more and used it to attack Hank Williams Jr.

Of course, Williams is not exactly innocent in this situation. During a concert at Fort Worth, Texas, the musician spurted out a mouthful of bottled-up anti-Barack Obama sentiments to the crowd, saying:

“We’ve got a Muslim for a president who hates cowboys, hates cowgirls, hates fishing, hates farming, loves gays and we hate him!”

This is the same guy who was forced to issue an apology to Obama in October after comparing him to Adolf Hitler. We’re not quite sure about the American president’s state of affections toward cowgirls or cowboys, but we do know he’s not Muslim and is a strong advocate for community farming. Obama is also ahead of Romney in the electoral polls, so Americans can’t possibly hate him. Someone should have done his research before mouthing off, no?

Ouch! Not the best choice of words there, but Baldwin is known for his outspokenness and unshakable support for President Obama. To be honest, we don’t mind conservative opinions, as long as they carry at least a degree of credibility, but the same applies to the liberals.