Justin Bieber is rocking his new bad boy image, isn’t he? The pop star returned to the tattoo parlour for the seventh time to ink a new body art creation. What is it? 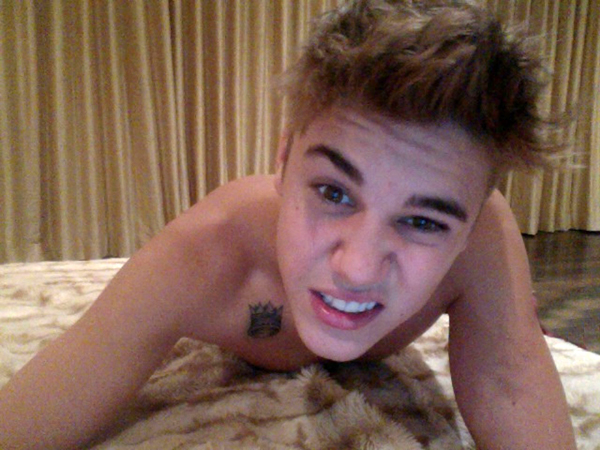 The 18-year-old teen pop star Justin Bieber has added yet another tattoo to his ever-growing collection — and this one’s a crown inked on his chest.

The singer revealed the new tat via Twitter, saying, “new tattoo its a crown if you couldn’t tell.”

While you sink hopelessly into your creepy ogling mode over Bieber’s shirtless shot, let’s remember the other ink this mega-star has. This tattoo is actually Bieber’s seventh. He’s also got a Japanese symbol for “music” on his right arm, the word “believe” on his left, a pair of praying hands on his left leg, an image of Jesus wearing a crown of thorns on his right leg, the Hebrew word “Yeshua” (meaning “Jesus”) on his left side and a bird on his left hip.

To sum up, a lot of religion-driven imagery saturating the left side of his body…

But there is it. What do you guys think of Bieber’s new addition? Anyone wanna take a crack at the hidden meaning?