A whole lot of drama went down as the cast of Bachelor Pad 3 went from eight contestants to four within one episode. And we learned some useful life lessons along the way! Who says reality TV can’t be educational? 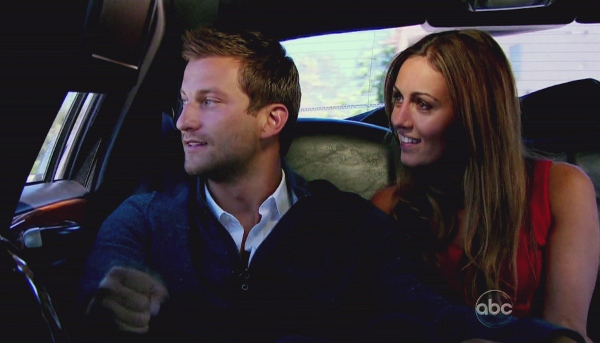 Sarah’s viewing of what seems like every episode of The Bachelor, The Bachelorette and Bachelor Pad in history wins her and Chris the first challenge. And though they don’t get roses, they get something even better: the power to eliminate a couple of their choosing. And given Chris and Blakeley’s history, it’s no surprise that she and Tony are sent packing.

Singing isn’t for everyone

The cast may be winners at socializing, flirting and looking good in swimsuits, but singing is one skill they don’t seem to have had a whole lot of practice with. Despite their top-notch coaches, the sounds emanating from the TV leave something to be desired. But the effort was admirable.

When asked to perform “Sister Christian” for Night Ranger and a room full of fans, each of the pairs takes a different tack. Fortunately it seems the moral of the story is you don’t necessarily have to strip, grind or make out on the floor to win a singing contest. A little bit of tune and a whole lot of fun and personality win Rachel and Nick the competition.

OK, this isn’t exactly a revelation in the world of reality television, but it was particularly evident in tonight’s episode. Admittedly it was unfortunate that Rachel had to be part of the decision to get rid of her best friend Jaclyn. But Jaclyn’s parting comments of “She should be ashamed of herself” and “I think our friendship is over” seem a little over the top. After all, it would have happened eventually. Only one couple can win the money. So wouldn’t it have been just as bad for them to pit themselves against each other in the finale? There can’t be a happy ending for everyone when only one couple out of 20 people can make it to the end.

Boy, do the previews for next week’s finale look intense! Michael says something about not being on the show to find a wife, Rachel’s crying, shocked faces abound and Chris Harrison’s booming voice announces it’s the “most disturbing” finale yet. Yikes! Looks like all perceptions of who’s nice and who’s not so nice may change in a week’s time!