Ryan Gosling already has our hearts; now he wants our attention too. We don’t mind. The actor is set on directing a new project. The question is, what is it? 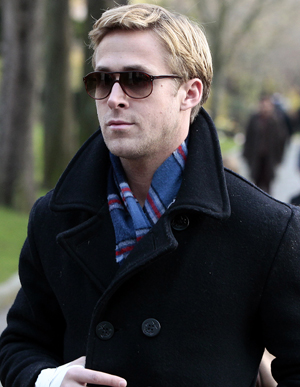 Yes, Ryan Gosling is pretty, wonderfully blond and Canadian, but he doesn’t want to be eternally stuck in that mould…

Which is why he’s giving film directing and writing a go. The actor is set on penning and directing a film titled How to Catch a Monster, described as a modern-day fairy tale possibly starring Christina Hendricks as a single mother who is “swept into a macabre and dark fantasy underworld while her teenage son discovers a secret road leading to an underwater town.”

Sounds eerie and incredibly awesome, no? An interesting plot for Gosling to explore — he’s not exactly famous for the fantasy genre. No word yet on whether he’s planning to script himself into the film as well, preferably unclothed — err — we mean, as a profoundly intuitive character.

Apparently the folks at Bold Films and the producers (Marc Platt, Adam Siegel) are loving the script and Gosling’s new-found writing savvy.

“We are thrilled to be producing Ryan Gosling’s debut as a writer and director and continue our collaboration which began on Drive,” said Platt in a released statement. “He has composed a beautifully haunting script and has a very clear vision of how he will bring it to life. His ability to draw audiences into his world as an actor will serve him well as a filmmaker.”

Well, if that doesn’t sound enticing, we don’t know what does. But if you’re impatient to catch a glimpse of Gosling’s work, check out Gangster Squad, slated for release on Jan. 11, 2013.

What do you think of this new project? Let us know.

56 mins ago
by Sara Kitnick