Well, it’s that time again, and the celebrities are flocking to Canada for the Toronto International Film Festival. If you are in the mood for some star-spotting, you will definitely want to hit the streets of Toronto Sept. 6–16. 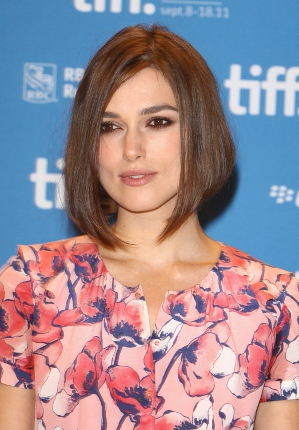 The time travel science fiction film Looper, starring Bruce Willis, Joseph Gordon-Levitt and Emily Blunt, has been selected to open the festival. Blunt unfortunately isn’t scheduled to attend, but you might be able to see Willis and Gordon-Levitt when it shows at 6:30 p.m. at the Elgin’s Visa Screening Room on Sept. 6.

Leo Tolstoy’s classic novel becomes film in Anna Karenina, starring Keira Knightley. It’ll be playing at the Elgin’s Visa Screening Room at 6 p.m. on Sept. 7, and you just might spot her there!

Your chances of seeing Ben Affleck are pretty good this festival, considering he both directed and starred in his film Argo and also acted in the film To the Wonder. Argo is playing on Sept. 7 at 6:30 p.m. at Roy Thomson Hall.

James Franco, Selena Gomez and Vanessa Hudgens star in the wild and provocative film Spring Breakers. Hudgens isn’t currently set to attend, but Franco and Gomez should be at the premiere, which takes place at 6 p.m. at the Ryerson Theatre on Sept. 7.

The Place Beyond the Pines certainly has an all-star cast with these three headliners. It’ll be playing at the Princess of Wales Theatre at 6 p.m. on Sept. 7.

The three stars of the science fiction epic Cloud Atlas are all expected to attend the film’s premiere at 6 p.m. at the Princess of Wales Theatre on Sept. 8.

Writers is a touching family drama with a wonderfully funny cast. Unfortunately Kristen Bell isn’t set to attend, but you might be able to spot the rest of the ensemble when the film shows at 6 p.m. at the Ryerson Theatre on Sept. 9.

Canada’s sweetheart has two films in the festival, so the chances you’ll be able to spot Rachel McAdams are pretty good. To the Wonder premieres on Sept. 10 at 7 p.m. at the Princess of Wales Theatre, and Passion is being shown the next day at 8 p.m. at the Winter Garden Theatre.

For a full list of all the stars and filmmakers attending, check out the National Post‘s list. Many other stars, such as Johnny Depp, Christina Hendricks, Jake Gyllenhaal, Julianne Moore and more, are all expected to attend, so take a peek at the full festival schedule to find out which films you want to catch. Toronto will be seeing plenty of stars in September, so don’t be discouraged if you miss someone or they don’t happen to attend as planned — TIFF is a fun and exciting experience, so enjoy every minute of it!