Jane Got a Gun is being made independently through Natalie Portman’s company, Handsomecharlie Films. She’s also the producer and star of this Lynne Ramsay-directed masterpiece. And the good news is it’s found a financier. 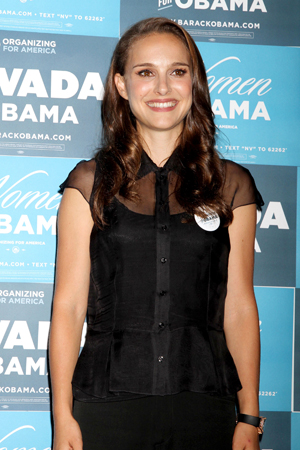 Natalie Portman is not only impossibly beautiful and educated, she’s also pretty talented. And we say that as we drown our sorrows in a tub of vanilla chocolate fudge ice cream…

But seriously, we are excited about this new project she’s attached to. Lynne Ramsay’s Western Jane Got a Gun (to star Portman) has found a financier in Scott Pictures International, a joint venture of Scott Steindorff’s Scott Pictures and Exclusive Media.

So the story here is a desperate woman seeks the aid of her former lover to save the life of her outlaw husband, who is sought by a gang. Sounds intense, no? We think so too. Plus, rumour has it that Michael Fassbender wants a slice of this action and is lobbying for the role as Portman’s ex-lover.

Jane Got a Gun will be produced by Steindorff, Peter Nathanial and Portman through her Handsomecharlie Films. Terry Douglas and Chris Coen are reportedly joining the development as well.

The project will be shopping around for an international buyer at the Toronto International Film Festival, but it may not settle until the whole cast is chiselled out.

Filming is scheduled to begin in early 2013.

What do you think? Is this something you’d watch?

Natalie Portman got hitched!
Anna Chlumsky: From child star to obscurity to superstardom
Preparing for the departure of Hollywood’s Golden Agers