No, seriously, it did! Black Eyed Peas rapper will.i.am has debuted his new single, “Reach for the Stars,” on the planet Mars. Pretty cool, eh? 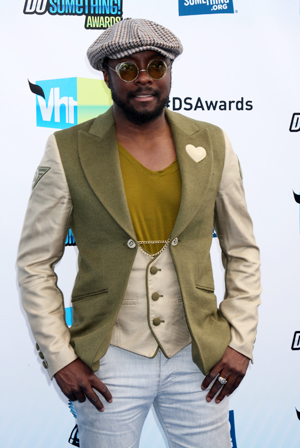 The Black Eyed Peas rapper’s plan to debut his new single “Reach for the Stars” on Mars through the Curiosity rover (currently stationed on the planet) has succeeded. According to NASA, the song was successfully transmitted from the red planet to Earth, making an impressive 708-million-mile trip and becoming the first song ever to be communicated from Mars.

The event was part of a collaboration between NASA and will.i.am’s educational program “i.am.angel,” aimed at sharing the Mars findings with students.

“Rockin at NASA with the rock star @tweetsoutloud pic.twitter.com/XAgFFGkd,” the rapper tweeted, adding, “Thank you @onreegill for making magic with the orchestra on #reachforthestars…now that’s big…first song to be beamed back from mars…”

Must feel pretty awesome. You could say will.i.am’s new single is the most played song on Mars. Or, it can make you feel a little spacey with its unworldly musical qualities. Too much?

Anyway, since we’re sure your own curiosity is getting the best of you, will.i.am’s “Reach for the Stars” is right below. Let us know what you think.