Heh, it’s tough to talk about people who earn more than we can ever spend. But hey, that’s show business! The kids of Modern Family are closing in on their salary increase deal. So what’s it sitting at? 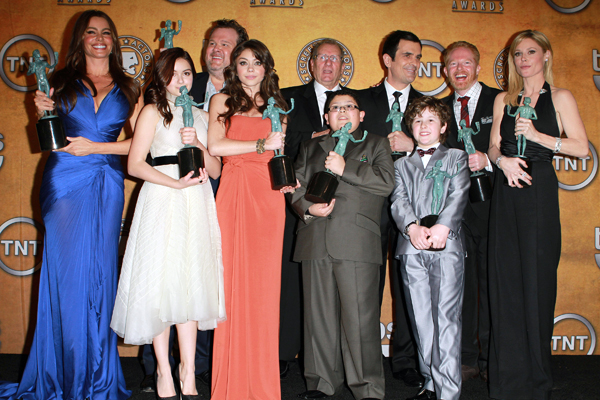 Forgive us, but you are about to be hit with a whole whack of numbers that may potentially unhinge you as a human being and leave you in the fetal position, wallowing in misery. Yee-pee!

Kids nowadays know their rights, so it should come as no surprise that the younger cast members of Modern Family have followed in the footsteps of their elders and demanded a pay raise.

Are you ready for this?

According to Deadline, the children of the show are closing a deal with 20th Century Fox Television for a salary of $70,000 per episode. What’s that, you say? It’s more than you earn in a year? That’s right; some of these actors are only 14 years old. That physically hurts.

Nonetheless, the studio must be relieved the kids’ cast did not nearly drag them to court, unlike the adults, who, after all the draaama, received a significant pay increase — from $65,000 to $170,000 per episode. Must be nice…

Speaking of payrolls here, Modern Family‘s creator, Steve Levitan, extended a lovely invitation to Ann Romney (Mitt’s missus) to make a guest appearance as an officiant of Mitch and Cam’s wedding after she declared her love for the show.

Though we know his word is true, Levitan was clearly making a jab at Mr. Romney’s firm stance on gay marriage. But hey, if it’s legalized, Ann knows who to call, especially since Levitan is just throwing money left and right — why not get in on the action?