Madonna seems to be apologizing quite often these days, so what’s one more? The singer released an apology audio message to her Australian fan base, explaining the cancellation of the Aussie tour. 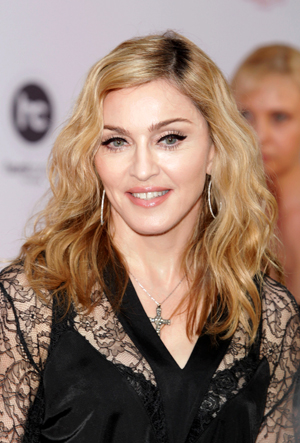 We will have you know that there is much more to Madonna than her exposed hindquarters and her pointed bra, thankyouverymuch… She happens to be a dedicated mother too.

The 54-year-old pop star cancelled the Australian leg of her MDNA tour back in July for reasons unknown. Well, until now…

Madonna hasn’t toured the Aussie land for about 20 years, and after cancelling the 2013 shows, she owed her fans an explanation. Don’t worry; Madgie is not suffering from macropodaphobia (fear of kangaroos). So what’s up, then? Well, the audio message on her website answers all questions.

“So, I just want to say to all of my Australian fans that I am really and truly sorry to have disappointed you, and that’s something that I don’t feel very good about,” Madonna said. “I know the last time I was on tour, I missed Australia as well, and I can promise you in my heart of hearts that it was my intention to come again, but like the last time, my children are my first priority. I have two scales that I have to weigh in front of me — my job as a singer and entertainer and my job as a mother.

“Because my children are older, I can’t take them on the road with me everywhere,” she continued. “I have to spend more time away from them, and at the end of the year I really feel that I would be an irresponsible parent if I didn’t stop my tour and spend time with them.”

This only raises the question of why she scheduled the tour in the first place, but that’s another discussion. The songstress went on for a little longer, finally concluding:

“So please forgive me, and know that when I do come to Australia, I will have made the wait worth your while, and I will put on the greatest show on Earth. I haven’t forgotten about you, and I hope that you can understand and forgive me. And also, I just want to say that I love you, all of you, everyone in Australia, and I hope to get there very soon.”

So… Are we feeling the healing power of this apology/explanation? We appreciate the honesty of the message — we really do — but since Madonna does have kids, shouldn’t she know (as a parent) that you mustn’t make promises you can’t keep? She’s left a swarm of fans in the dust because of a scheduling conflict that should have been foreseeable from the get-go?

Sorry, Aussie fans. You’ll have to wait for the greatest show on Earth… whenever it chooses to arrive. What do you think?

32 mins ago
by Sara Kitnick