Every September the eyes and ears of the entertainment business are focused on Toronto as the vibrant city hosts the Toronto International Film Festival. Since its inception in 1976, this public film festival has screened some of the best films cinema has to offer. So what has caught our attention this year?

With over 300 films being showcased, it can be daunting to narrow down the list of must-see movies to a short list, but here are five we think would be worth checking out. 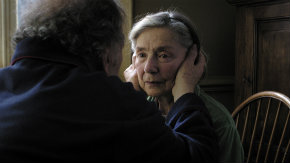 This moving portrayal of a married octogenarian couple who is struggling with a terminal disease hit all the right notes at the Cannes Film Festival, as the film won the prestigious Palme d’Or, the second time director Michael Haneke has taken home the award. Award aside, this movie is a real and heart-wrenching look at love, or as we say en francais, amour.

You can view the trailer here. 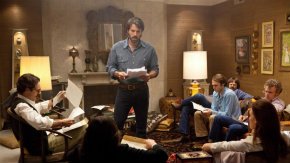 When Islamist militants invade the American Embassy in Tehran in 1979, six staff members are able to escape and take refuge at the Canadian Embassy. To free them, CIA agent Tony Mendez, played by Academy Award winner Ben Affleck, concocts an elaborate scheme — with a little help from Hollywood. This riveting drama is based on a recently declassified true story.

Check out the trailer here. 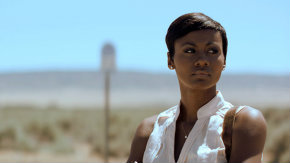 This drama directed by Ava DuVernay was the winner of the Best Director Award at Sundance 2012. It follows the journey of Rudy, whose devotion to her incarcerated husband and personal sacrifices have left her and those around her suffering. That is until an unexpected encounter gives her hope that she can reclaim her life and spirit.

OK, it might not be for everyone, but this raucous sex comedy looks like a fun afternoon romp, so to speak. A man who’s recently been dumped wants to win back his girlfriend and enlists the help of a stripper. He’ll help her with her overwhelming debt if she teaches him to be a better lover, and this deal takes them each on a personal journey filled with sexual adventures and catastrophes! 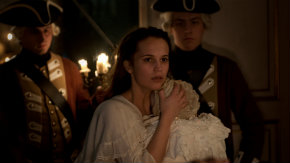 This rich period drama is at once a political thriller and love story, based on a true story of 18th century Denmark. When a German doctor is invited to be the personal physician of the king of Denmark, it marks the beginning of a series of events, including political intrigue and a scandalous love triangle between the mad king, his queen and the doctor.

For more information on these or any of the other films screened at the festival, visit tiff.net.