That was a close one, ladies! Our hearts nearly stopped when Zayn Malik of One Direction deactivated his Twitter on Tuesday, but sure as the morning sun, he was back to his old tricks this morning. 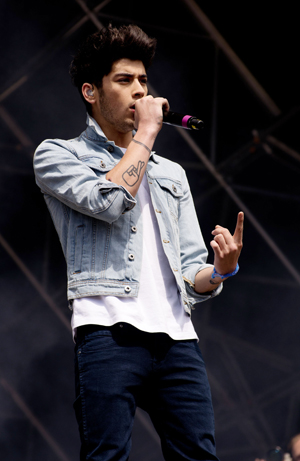 Wow. This guy changes his mind quicker than Lady Gaga dyes her hair…

One Directioner Zayn Malik deactivated his Twitter account on Tuesday, citing spiteful comments as a major catalyst for the abandonment of the micro-blogging website, but two days pass (we totally called it), and here he is tweeting again. Welcome back!

“Sorry, I was getting some abuse on twitter but I dont want to let my fans down. So I am back!! 🙂 x,” the boy-bander tweeted this morning.

Cue massive hysteria and a downpour of congratulatory messages… Yup, sounds about right. And of course, like the sweetheart he is (in case you did not love him enough), Zayn sent out a massive “thank you” to all his fans:

O-M-G, he really loves us? Well, this is just so unexpected, even unprecedented… We just kid. But seriously, Twitter seems to be like a narcotic to celebrities; they all try to quit but relapse within days! Shouldn’t they hold T.A. (Twitterers Anonymous) meetings or something?

And in case this news is not enough to get that blood pumping at extraordinary speed, One Direction announced today that the single “Live While We’re Young,” off the band’s second album, will be available for pre-order tonight, ahead of the Oct. 1 release. The album itself, which remains untitled, will be out in November.