This is has been one roller coaster of a legal drama, but now it’s all over. Katherine Jackson remains the captain of the family ship, but must now share custody of Michael’s children with TJ Jackson. 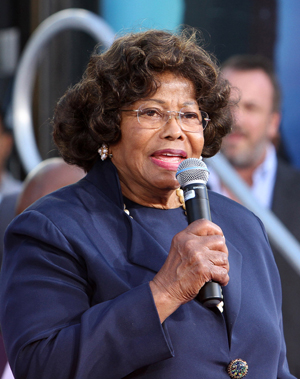 After the sudden “coup d’etat” in the Jackson family back in July, the judge granted co-guardianship of Michael Jackson‘s three children — Paris, Prince and Blanket — to Katherine Jackson and TJ Jackson.

The custody battle has been like a soap opera until now, what with Katherine being flown to Arizona so Michael Jackson’s siblings could battle it out for his money and TJ (Michael’s nephew) stepping in and gaining temporary custody of the children. And don’t forget to throw Diana Ross and some wacky cousins in there… Sheesh!

Some peace at last! So here’s the bottom line: Judge Mitchell Beckloff ruled that Katherine and TJ Jackson will share the responsibility of caring for Michael’s kids. If one should not be able to perform his or her duties, the other will gain sole custody. All the children consented to the ruling.

The road to conclusion is not easy. Michael’s cousin Debra Jackson and her son Anthony urged today’s hearing to be delayed, stating that Katherine Jackson was misinformed and the kids do not want TJ to become their guardian. Judge Beckloff did not postpone the hearing but asked TJ to consider visitation rights for the cousins.

Whoa! Holy heaping mountains of drama upon drama! The saddest part is that most of the Jackson family is not battling it out for the well-being of the children, but allegedly for the $86,000 monthly allowance apportioned to their guardian.