Surprise! No one even knew they were dating, and now they’re engaged? Sure are — Avril Lavigne is betrothed to Chad Kroeger of Nickelback. 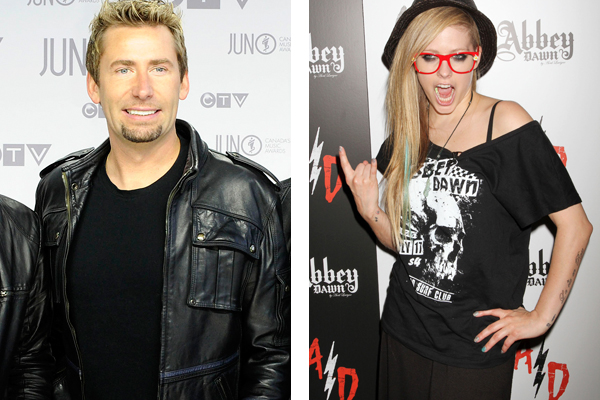 We knew Canada was awesome, but who knew our celebrities were capable of pulling secret agent stunts like dating each other for six months without anyone’s least suspicion?

Hold your jaws in place, ladies and gentlemen. Avril Lavigne is engaged to Chad Kroeger of Nickelback! Is your mind just as blown as ours?

Reportedly the two met whilst writing a song for Lavigne’s upcoming fifth album and have been very quietly dating since February. You know the story — sitting in a living room, brainstorming ideas, someone’s arm brushed against someone’s leg, sparks fly and… Bam! Marriage proposal.

Kroeger, 37, popped the big question on Aug. 8 with a Jupiter-sized, 14-carat diamond engagement ring. Not too shabby.

“He makes her so happy,” a family source told People magazine. “Both of their families could not be more excited.”

This will be Kroeger’s first time walking down the aisle. Lavigne was previously married to Sum 41’s Deryck Whibley (also a Canadian), but they divorced in 2009. She was dating Brody Jenner on and off until January 2012. And then she found Chaaaad.

This just sounds like a hearty Canadian couple. What shall we call them? Chadril? Avrad? Chavigne? Avroeger? All of those sound like prescription medications.

So, Chad and Avvy it is. What do you think? Too soon? Not soon enough? Too old? Too much Canadianism in one place? Let us know.