Oh, we missed you so! Michael J. Fox is coming back to NBC with a new series currently in development. Are you in or out?

Related story Michael J. Fox Gets First Tattoo at 57 — Take a Look at His New Ink 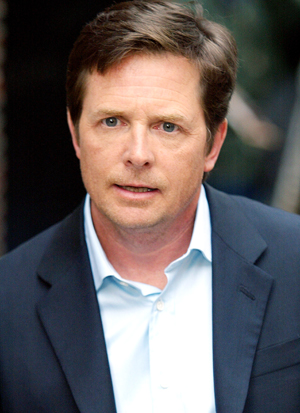 Not only is this actor one of the most beloved actors of all time, but he’s also Canadian, which makes him twice as lovable! Who is this mysterious Canuck talent?

Michael J. Fox, of course. And guess what?

He’s coming back to television!

The actor, famous for his role as Alex P. Keaton on Family Ties and as Marty McFly in Back to the Future, had his last permanent TV role on NBC’s Spin City in 2000. Well, Fox is coming back to the network to star in his own series scheduled for an autumn 2013 release. NBC has already ordered 22 episodes of the show, scrapping the usual pilot procedure.

“To bring Michael J. Fox back to NBC is a supreme honor, and we are thrilled that one of the great comedic television stars is coming home again,” Robert Greenblatt, president of NBC, said in a statement. “From the moment we met with Michael to hear his unique point of view about this new show, we were completely captivated and on board. He is utterly relatable, optimistic, and in a class by himself, and I have no doubt that the character he will create—and the vivid family characters surrounding him—will be both instantly recognizable and hilarious. Being in business with him is a supreme pleasure.”

The premise of the series will focus on a father-husband juggling work, family and his struggle with Parkinson’s disease. The show is co-created by director-producer Will Gluck (Easy A, Friends with Benefits) and writer Sam Laybourne (Arrested Development).

Well, count us in! The series will obviously represent a muted community, share a story from a different viewpoint and do it all with a comedic twist. Does that sound like your cup of tea?

Flirting and plotting on Bachelor Pad 3
John Noble is back!
Mayim Bialik back on set after car crash

North West Wants a Tarantula & Kim Kardashian Is Not Okay

40 mins ago
by Bonnie Azoulay