Movie lovers everywhere were saddened to hear of filmmaker Tony Scott’s alleged suicide on Aug. 19. His passing is undeniably tragic. Take the time to celebrate his life and successes by checking out one of his timeless classics. 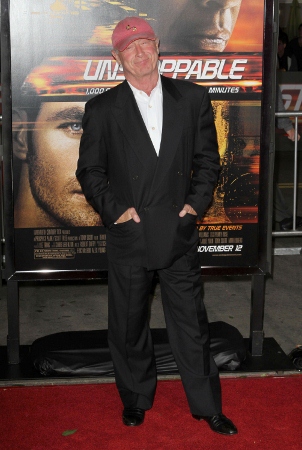 Aug. 19 was a sad day for the family and friends of producer and director Tony Scott. Movie lovers everywhere were also saddened to hear of the extremely talented man’s unfortunate passing. But his memory and the proof of his extroardinary gifts will live on forever through these exceptional films.

Characters, quotes and songs from this classic ’80s movie became immediate pop culture phenomena that continue their popularity even today. It’s hard not to think of hotshot Maverick, played by Tom Cruise, when “Take My Breath Away” comes on the radio or a friend says, “I feel the need. The need for speed.” Scott truly created a classic with this one — a classic that is not to be missed.

This movie has all the makings of an incredible action film. Denzel Washington stars as an ex-CIA officer who has given up on life. But when the young child (Dakota Fanning) he has been hired to protect goes missing, he sets out on a mission to save her and destroy those who would do her harm.

Enemy of the State

With Will Smith starring, this film has a whole lot of superb action sequences, speckled with some quality comedic lines that make for a fun and dramatic ride. The life of Smith’s average-joe character is turned upside down when a tape is placed on him and the NSA gives chase.

Robert Redford and Brad Pitt star in this gripping tale of a veteran CIA officer who has to return to the field to save the young rookie he once trained. The back and forth through time and slow piecing together of the storyline make for a captivating structure that only Scott’s uncanny abilities can pull off.

This is suspense to the highest order. When four armed men, led by John Travolta‘s character, hijack a subway train, the life of subway dispatcher Walter Garber (Denzel Washington) and all the hostages aboard the train take unexpected turns. Scott takes a fresh twist on the 1974 classic The Taking of Pelham One Two Three.