While we are all still trying to wrap our heads around Tony Scott’s death, new information keeps emerging, being denied and emerging again. So what’s going on? 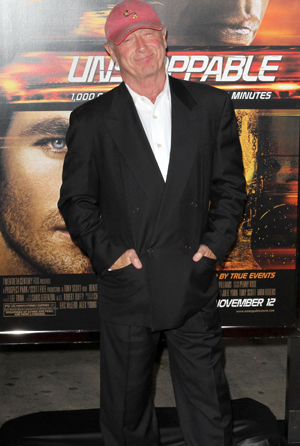 We were all shaken up by the news of Tony Scott‘s tragic death by apparent suicide on Sunday. But the details of his passing, including circumstances, reasons and the mysterious suicide note leave us grasping for answers. What really happened? Here’s what we know so far.

Scott’s body was recovered from the water after he allegedly leaped off the Vincent Thomas Bridge in San Pedro, California. A note was found in his car (parked on the bridge), which led the authorities to a suicide note in Scott’s office.

ABC News reported (based on a testimony of a close source) that Scott was suffering from an inoperable brain cancer, but according to the Los Angeles Times, the filmmaker’s family is denying his having any sort of cancer at all. The autopsy was completed yesterday, but the results will not be made public until the toxicology report is concluded, and that will not happen for another few weeks.

Another bit of information that’s been revealed is that Scott and Tom Cruise were working on a sequel to the 1986 film Top Gun. The duo had reportedly been developing the storyline for a while now and even toured a Nevada naval station for research.

“Tony was my dear friend, and I will really miss him,” Cruise stated yesterday. “He was a creative visionary whose mark on film is immeasurable. My deepest sorrow and thoughts are with his family at this time.”

That’s all we can share at this time. The toxicology report should be released at the family’s discretion. We must respect their privacy.

Are Tom Cruise and Katie Holmes dunzo?
Tom Cruise has big “goals” for Beckham
Tom and Katie’s divorce has something for everyone!