Sadly Tony Scott died yesterday from an alleged suicide. The Top Gun director will be remembered and very much missed. 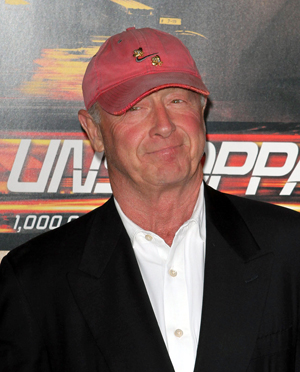 Some very tragic news is greying the world today. Director Tony Scott was found dead from an alleged suicide yesterday. He was 68 years old.

The filmmaker’s body was recovered from the water after an apparent jump from the Vincent Thomas Bridge in San Pedro, California. His car was parked on the bridge with contact information, which reportedly led the police to a suicide note in Scott’s office. The investigation is ongoing, and an autopsy is scheduled for today.

The case is currently being treated as a suicide by the L.A.P.D.; an unnamed source confessed to ABC News that Scott had been diagnosed with “inoperable brain cancer.” The results of the autopsy will surely put all those questions to rest.

Just like his older brother, Ridley Scott, Tony was a filmmaker. He is most famous for Top Gun (1986), True Romance (1993), Crimson Tide (1995), Man on Fire (2004) and Domino (2005). Scott was a dedicated collaborator with Denzel Washington, James Gandolfini, Christopher Walken and composer Harry Gregson-Williams.

Many celebrities have signed on Twitter to offer their condolences for the late filmmaker.

Martha Plimpton said, “So very, very sorry to hear of the death of Tony Scott. A terrible, terrible loss of a truly talented, brilliant man.”

Scott is survived by his wife, Donna Wilson Scott, and their two sons, Frank and Max. Our condolences to the family and friends of this superbly talented man. He will be very much missed.