Season five of Fringe has been up in the air lately, after John Noble was forced to seek treatment for a sleep disorder. But he’s back now, and filming has resumed. 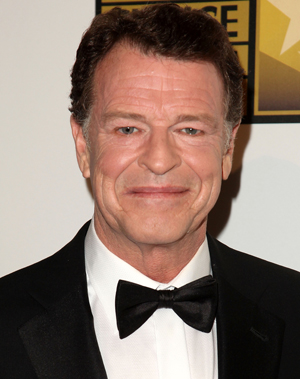 Fringe-aniacs will be happy to hear that John Noble is back to work on the fifth (and final) season of the show after taking some time off to treat a sleep disorder.

The 63-year-old actor suffers from a combination of insomnia and sleep apnea (abnormal pauses in breathing during sleep). Noble has been coping with the disorders for several years, but after his conditioned worsened, he was forced to seek immediate treatment in July.

“I basically hit a wall, and we had to deal with it,” he told Entertainment Weekly. “I went to the hospital, had all the tests, and we put the strategies into place to deal with both of those issues, including the Space Age mask that I wear to bed now.”

All loyal fans will be glad to hear the treatments are working and Noble is getting all the necessary shut-eye.

“I’m feeling more well rested now and sleeping better than I have in 20 years,” the actor said.

The premiere of the fifth season of Fringe remains unaltered, so tune in on Sept. 28. We can’t wait to see Walter Bishop back on our screens, as Mother Nature intended!

New fall shows: Strong women conquer the screen
Hilary Duff is coming back to TV!
Mayim Bialik back on set after car crash