The cheating extravaganza certainly did not help anyone involved, but was Kristen Stewart really chucked by Universal Studios from the Snow White and the Huntsman sequel? 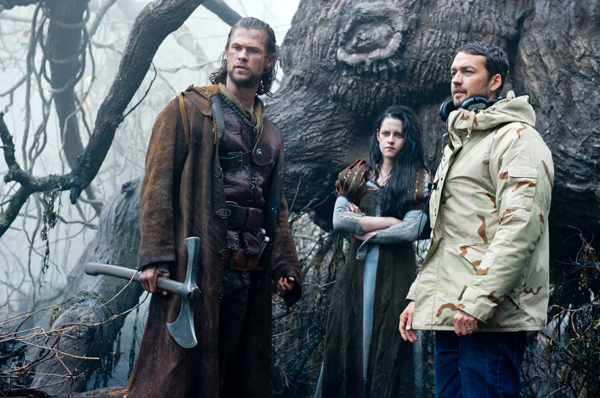 OK, this may get a little confusing.

Obviously post-cheating scandal, Kristen Stewart‘s future in the Snow White and the Huntsman franchise (directed by the other half of the scandal, Rupert Sanders) is a little uncertain, but let’s debunk some of these crazy rumours and get the story straight.

So the initial rumour, ignited by the Hollywood Reporter, was that Snow White and the Huntsman is being remodelled into a film focused on just the Huntsman (played by Chris Hemsworth) and that Universal Studios is dropping Stewart from the project altogether.

Now, it is true that SWATH has been shelved for the meantime, but Kristen Stewart could not have been dropped by studio, since she wasn’t signed up for the Huntsman spinoff in the first place, and neither was Chris Hemsworth (at least not yet). Universal did confirm it is moving forward with plans for the spinoff, and added that Stewart may still reprise her role as Snow White.

It hasn’t been confirmed yet whether Rupert Sanders is attached to the new project, but the original SWATH writer, David Koepp, is definitely not.

We’re not sure if having Stewart in the franchise is still profitable, but a spinoff sounds even less so… We’ll need to be surprised with this one.