The Olympic closing ceremony is said to be the greatest after-party ever. Excited? Paul McCartney, One Direction, Kate Bush, Muse and George Michael are just some of the names being dropped for evening’s performance. 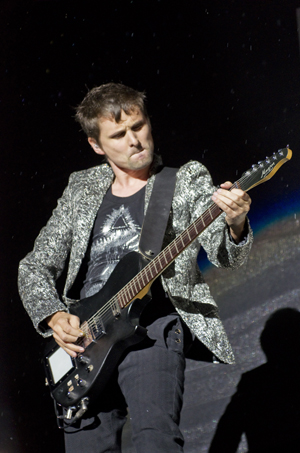 Ladies and gentlemen, you better hold on to those hats and suspenders, because Britain is cooking up one massive hurricane of awesome for the 2012 Olympic closing ceremony.

The ceremony is set to kick off on Sunday and boasts more than 4,100 performers, all artistically directed by Kim Gavin, choreographed and designed by Es Devlin and musically directed by David Arnold. But who’s going to be there?

The British tabloids have been speculating all over the place, and these are just some of the names being thrown around…

Music legend Kate Bush is speculated to appear along with acts reportedly already booked, like Muse, George Michael, The Who and a reunion of The Spice Girls (oh-em-gee!).

Paul McCartney is expected to perform another Beatles classic, and One Direction is rumoured to pop in as well as Ed Sheeran. Other artists rumoured to be booked include Adele, Ray Davies, Paul Weller, Queen and even The Rolling Stones (double oh-em-gee!).

The exact juicy details of the closing ceremony are more guarded than the queen’s royal jewels, but it never hurts to speculate. The only tangible hint the media received was from Arnold, who painted the ceremony as giant after-party.

“If the opening ceremony was the wedding, then we’re the wedding reception. We’re the one where everyone gets out of their cars at the village hall, goes ‘Wasn’t that lovely, everyone looked great, let’s put on ‘Blame It on the Boogie’ and have a laugh.'”

Sounds good to us. But really, as long as The Spice Girls and The Rolling Stones show up, it’s bound to be the greatest show ever. What do you think? Who should and should not perform?