It’s tough being the star of a major franchise; that’s why that role comes with a hefty price tag. Jennifer Lawrence is receiving a major salary raise for The Hunger Games sequel, Catching Fire. 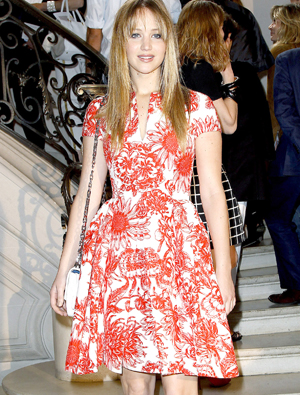 A salary raise makes everyone a little happier, a little more hopeful… Well, Jennifer Lawrence must be feeling 20 times gladder right about now.

The actress has received a hefty pay raise for her role as Katniss Everdeen in The Hunger Games‘ sequel, Catching Fire. So how hefty are we talking here?

Lawrence was allotted $500,000 for the first HG instalment, plus bonuses. The actress is currently closing a deal for the sequel — somewhere around the $10 million mark. Oh yeah, you read that right.

A possible internal budget of an average Canadian town, or a whole life’s worth of earnings for an average citizen — all in a single paycheque for Ms. Lawrence.

Liam Hemsworth and Josh Hutcherson are currently negotiating new contracts as well, but their salaries are in a pond compared to Lawrence’s ocean. She’s the lead, after all.

In other Jennifer Lawrence news, she is reportedly in talks for a new role in the drama Ends of the Earth, focusing on the affair between an oil baron and his adopted daughter. Freaky plot right there.

That is your fill of Katniss news… What do you think of the slight salary raise?

More on the Hunger Games

54 mins ago
by Bonnie Azoulay