Strategies flared on tonight’s episode of Bachelor Pad 3. Many of the partying players decided to step up their games tonight — to mixed results. Thus making it clear there are some things you should do in the mansion and some things you really shouldn’t. 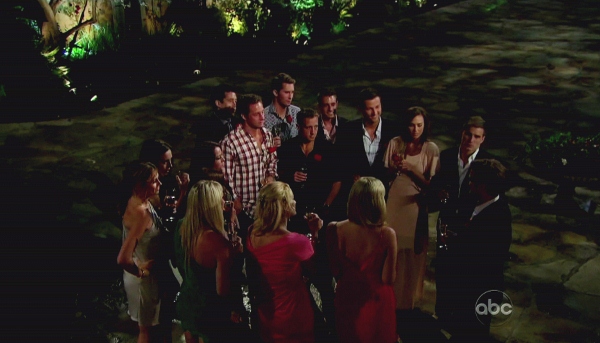 Do have realistic expectations

Ed’s having trouble dealing with the fact people are lying. It’s sad to see someone feeling as though he has no one to turn to — but, come on! Did everyone expect that a show called Bachelor Pad was going to be filled with people looking out for each other’s well-being? Not everyone can win the quarter of a million dollars!

Don’t play too hard too fast

Poor angry Reid. Maybe if Paige had stayed past the first elimination round he would be having fun flirting by the pool. But considering he has to watch a whack-load of couples cuddling constantly, it’s not surprising that he’s become a little jaded and more interested in going on the offensive than building relationships. While most people are getting wasted and getting it on, Reid is playing the game. Sadly his determination gets the better of him and strarts burning bridges left and right.

Chris says David’s making a mistake by taking Blakeley and Jamie on the date because they bring the tears and drama, but wasn’t he the one that pitted them against each other — thereby turning them into jealous, worrying messes? Sorry dude, seems you made your own bed on that one.

When Blakely catches David flirting with Jamie she remarks that if he gives the rose to her: “Karma’s a b*tch.” Sorry Blakely, don’t think the Karmic gods spend a whole lot of time watching Bachelor Pad. Blakely seems to be permanently tearful/hostile/angry/stressed/any other negative emotion under the sun. You can only scare people into keeping you around for so long, honey!

Do take care of yourself

Why couldn’t there have been a decent guy on this show for Jamie?! She’s so sweet and is stuck investing far more energy in Chris than he deserves. What a waste! She is too awesome to throw away her game on a guy that treats her so poorly.

Don’t piss off the people that eliminate you

Dear Chris, remember how the girls vote off the guys? Perhaps it would be wise to not piss off as many women in the house as you possibly can. He may be sneaking by with his antics for now but how long will it last?

Do fall in love

Alright, maybe it’s a strategy that could be risky down the road, but you’re sure to have fun along the way! And that’s exactly what’s happening for Michael and Rachel. Sure, people could see them as a power-couple and eliminate them. But considering how good they are at the competitions, they may very well just keep winning and saving each other. Not to mention, going on awesome dates!

Don’t have a vendetta

Oh Reid. Sure, it is a game. But people do not take kindly to obvious deceit. And even though all his plots mean it’s a close call, ultimately, the ladies keep Ed around and send Reid packing. And for the women? Donna gets sent home. Why? Because she’s a fan — and therefore an easy target. Just goes to show — friendships and romance will take you further than strategy in the wacky game of Bachelor Pad.

Bachelor Pad 3 kicks off!
Tears, tears and more tears on Bachelor Pad 3
10 Things the men of The Bachelorette certainly do tell!