This is exciting. American Idol news makes us all tingly and happy inside. Yet another celebrity is being considered for the judging role on the show. Who is it? 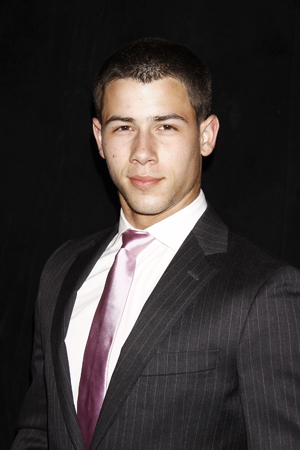 So, you know how Jennifer Lopez and Steven Tyler bailed on American Idol (we’re still a little bitter)? And then Mariah Carey signed up as one of the judges (oh, yeeeah)? Well, guess who is being considered to join the judging table?

Nick Jonas! The little baby-faced teenager we remember from the band Jonas Brothers is now all grown up… Well, he’s 19 years old. Grown up enough.

“The rumors are true…I am being considered to be a judge on American Idol, and it would be a dream come true if it happens. ?#nickonidol,” the musician tweeted on Saturday.

He was never on our list of preferred judges, but we’re liking the idea. Jonas is young and successful; he’d make a great mentor to Idol hopefuls. Granted, he may be younger than most contestants and may lack life experience, but that’s where Carey can step in and support him.

How does the rest of the Jonas brood feel about this? Are Joe Jonas’ caterpillar eyebrows furrowed in anger or way up by the hairline in joy? No one knows for sure.

What do you think? Would you want to see Nick Jonas on American Idol?