If you’ve been keeping up with the Olympics, you’ll know that today was a day to keep your eyes on the track (and the water) and don’t move them for even a second! 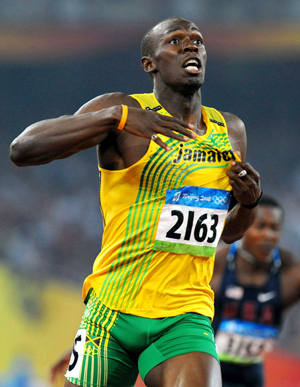 Bolt does it again

If you haven’t already read on Facebook or Twitter that Usain Bolt won gold in the men’s 100-metre final, then you heard it now! Yes, the proud Jamaican athlete proved that he lives up to his name and his training after coming in first in the teeth clenching race with a time of 9.63 seconds. Following Usain on the podium was fellow Jamaican Yohan Blake who took silver, and American Justin Gatlin who took bronze.

And if you haven’t checked out the Twitter-sphere that is currently buzzing with excitement of the win, make sure to check it out considering even royal hottie Prince Harry tweeted a heartfelt congratulation saying: “#TeamJamaica for one night only. Good night & God Bless #Bolt.” Prince Harry also tweeted a perfect photo-op picture of himself wearing a Jamaican athlete uniform and jokingly running on the racetrack with Usain Bolt himself. Can you say absolutely adorable?

But it wasn’t just the men that showed off their super speed. The women in the 400 metre race competed and Sanya Richards-Ross of America took gold with a 49.55 mark. She was followed by Christine Ohuruogu of Great Britain, who won silver and America’s DeeDee Trotter who nabbed bronze. 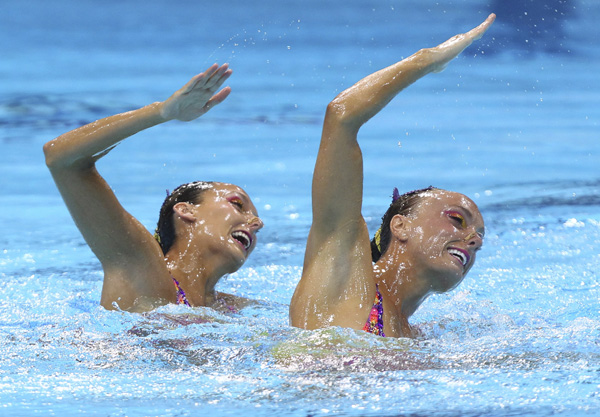 Canada is in sync

It wasn’t first place for Canadian synchronized swimming duo Marie-Pier Boudreau Gagnon and Élise Marcotte, but the Montreal, Quebec born natives were happy making fourth place in the synchronized swimming technical duet competition. The graceful ladies scored 94.500 points and came right behind Russia, who came first,  China who came second and Spain who came third. Marie-Pier and Élise will have another opportunity on Monday to showcase their talent under water in another duet that will be freestyle and their two totals will be added up together for an overall score. Well we’re sure everyone can’t wait to see them show the world what they’re made of again. Go get em’ ladies!

Read More on the Olympics

21 hrs ago
by Hanna McNeila