Canada has brought in a few more medals, as have many other teams. So sit back, relax and let’s catch up on the Olympics! 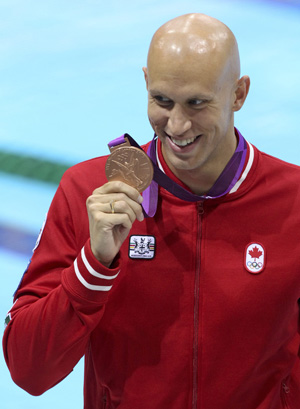 We shall start off with domestic accomplishments. Yesterday eve, our Canuck swimmer Brent Hayden brought Canada another bronze in men’s 100-metre freestyle with a time of 47.80. He came in right behind Australian James Magnussen, who grabbed the silver medal, and American Nathan Adrian, who claimed the gold.

On the ladies’ side, the Canadian women’s rowing team brought home another silver medal with a 6:12.06 time. This is even more impressive because they placed fourth in Beijing. Way to go, ladies! The U.S. claimed the gold in that one, and Netherlands has the bronze.

Michael Phelps has officially become the symbol of Olympic perseverance and success. Phelps won his 16th gold medal today in men’s 200-metre individual medley in 1:54.27. He is the first man to win gold in this event at three consecutive Olympic Games, not to mention Phelps owns enough medals to fill several warehouses. 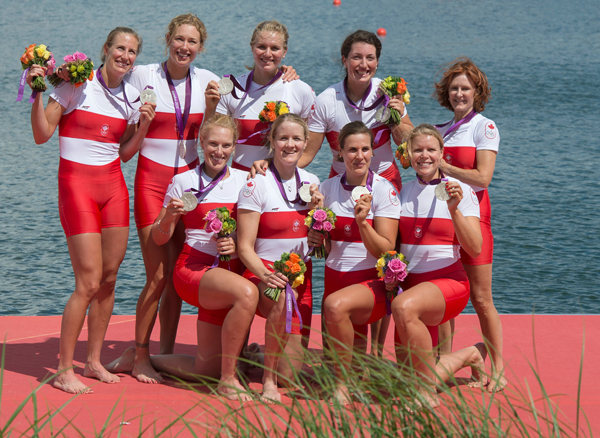 The Brits earned their fifth gold medal today, with Chris Hoy, Philip Hindes and Jason Kenny winning the cycling team sprint with a record-breaking time of 42.600. France came in second, and Germany, third. This is, coincidentally, Hoy’s fifth medal as well; he’s now drawn even with Steve Redgrave as the most decorated Olympic Briton.

Eventful day today, for sure. We still cannot believe Michael Phelps has 16 gold medals. And we are all warm and fuzzy with pride for our Team Canada. Just one gold medal, and we’re in heaven!