Gore Vidal was not only a talented writer, but also an icon of true literary multi-tasking, tackling several writing forms and excelling at all of them. 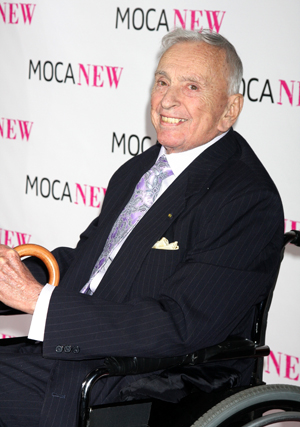 Gore Vidal passed away on Tuesday at his Hollywood Hills home from complications of pneumonia. He was 86 years old.

It’s difficult to pen the essence of this incredible man or even attempt to describe all his accomplishments. In simple terms, Gore Vidal was an American author, playwright, screenwriter, essayist, activist — he was also a visionary and an ever-evolving innovator.

Vidal’s famous 1948 novel, The City and the Pillar, caused a public uproar for its composed and enthralling telling of a young man struggling with his homosexuality. The novel was deemed immoral, and Vidal was subsequently blacklisted and forced to publish novels under a pseudonym for several years afterward. Nonetheless, the novel is considered one of the most groundbreaking books ever published and one of the very few of that period that touches upon the subject of homosexuality in a non-hostile manner.

Vidal’s other famous novels include Myra Breckinridge (1968), Two Sisters (1970) and Duluth (1983). If you’re looking for a new outlook on gender and sexuality, we suggest picking one of those up.

His most prominent Broadway stage success came with The Best Man, which premiered in 1960 and was nominated for six Tony Awards. The play was adapted for film in 1964.

Vidal wrote dozens of novels, plays, essays and screenplays, and backed them all up with an opinion. The breed of writers with such aptitude and utility is quickly perishing. So we must appreciate the artistry and rarity of skill Gore Vidal represents.

Do you have a favourite Vidal work?

What if all forms of literature got the Fifty Shades treatment?
Glee‘s Chris Colfer has published first children’s novel
5 Great novels for your next book club meeting