Sir Paul McCartney’s performance at the Summer Games Opening Ceremony was amazing, but how much was he paid? Not as much as you think. 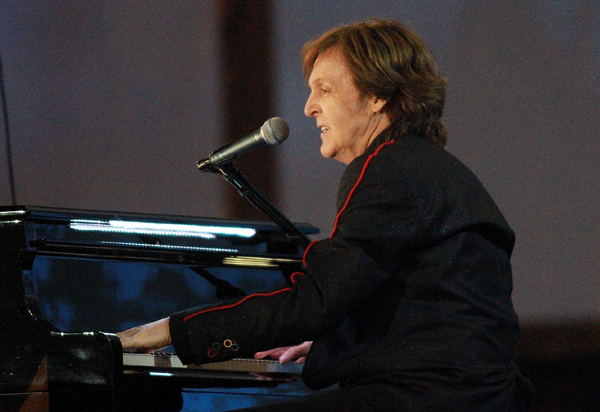 The 2012 Olympic Games Opening Ceremony would not have been quite as epic if Sir Paul McCartney had not sat down at his glorious piano and serenaded the audience with “Hey Jude.”

But a performance by an ex-Beatle ain’t free, so how much did the Summer Games organizers have to dish out to hire him? We’re thinking enough to support the entire infrastructure of New Brunswick.

Nope. Sir Paul McCartney was hired for one pound! And even that fee was strictly for legal purposes, to make the contract binding. All the performers were volunteers, and McCartney was no exception. Crazy, right?

Who better to bind two lovebirds together than the man with a voice of the big guy upstairs? You’re guaranteed to feel like a rock star when Morgan Freeman urges you to say your vows. Plus, with the ever-expanding bill for the wedding and the reception, it’s only good, frugal thinking to combine a priest and an entertainer in one. Best part: It’s free!

Cast of Modern Family at your family reunion

There is no better way to normalize your own internal, family conflicts than “hiring” (for a single dollar, let’s say) the cast of Modern Family for a staged fight. Your mum forgetting to pick you up after that grade eight trip won’t seem so bad, and your grandpa calling you by the wrong name for 11 years will just seem plain funny. The actors will perform an act of charity, and those therapy sessions will no longer be needed.

Channing Tatum at a bachelorette party

This one is obvious… You would be immortalized in the Maid of Honour Hall of Fame if you could deliver Channing Tatum’s abs to any bachelorette party (granted, preferably one where you are the maid of honour). If anyone needs more convincing, just dress Tatum in a costume; it doesn’t even matter which costume… Still looks good.

What a world that would be… Free is always better. Opinions?