Snoop Dogg will not be enjoying any smalahove or pinnekjot for a while. The rapper was banned from Norway for two years following a drug bust. 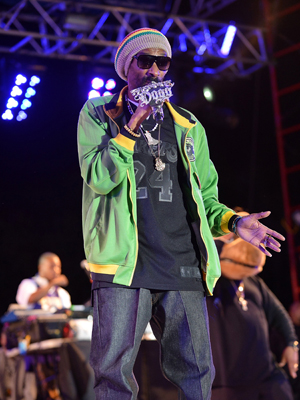 So Snoop Dogg will not be all young, wild and free with King Harald V or Jens Stoltenberg any time soon…

He’s been banned from Norway, y’all!

Yup, the rapper was busted — ironically, by a canine — for drug possession on his way to a festival in Norway. Snoop was caught with approximately 8 grams of marijuana in his luggage.

Thus it has been decreed that Mr. Doggy Dog is henceforth banned from the Kingdom of Norway for two years. Tough love.

To top it all off, Snoop was also charged for carrying more cash on him than is legally permitted in Norway. Just to put it in perspective, Norway allows a person to carry no more than 25,000 NOK (Norwegian krones) without declaration, which is roughly equivalent to $4,200 CAD. Apparently Snoop did not think it was enough.

The rapper’s representative in Norway, Holger Hagesaeter, stated that Snoop “can live with the decision.” His fans will have to wait, then.

This is Snoop’s second arrest this year alone, having been apprehended in January for drug possession in Sierra Blanca, Texas.

Can’t Snoop just ditch his Mary Jane obsession for one that’s legal? Like scarfing down Mars bars on the daily or some healthy, albeit neurotic, stamp collecting?

53 mins ago
by Caroline Greelish