The Voice is all set for season three. Billie Joe Armstrong has just joined the show as a mentor for Christina Aguilera’s team. 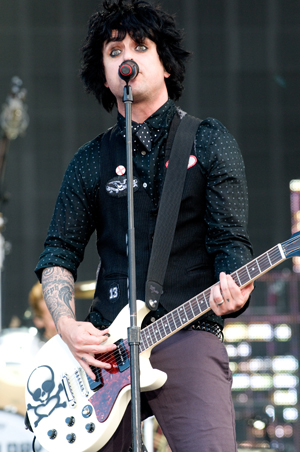 Green Day front man Billie Joe Armstrong (yes, that is his real name) has joined NBC’s The Voice as a mentor on Christina Aguilera‘s team. He shall guide the show’s hopefuls away from the boulevard of broken dreams (Ha! Green Day reference. We are so clever)…

“Welcome Billie Joe (@BJAofficial) to #TeamXtina!” the show’s staff tweeted. “We are ready to rock out in Season 3.”

Just to work those memories, previous mentors on the show include Kelly Clarkson, Alanis Morissette, Robin Thicke and Miranda Lambert.

We’re gonna go all Nostradamus on this one and prophesize that season three of The Voice will be uh-mazing. Opinions?