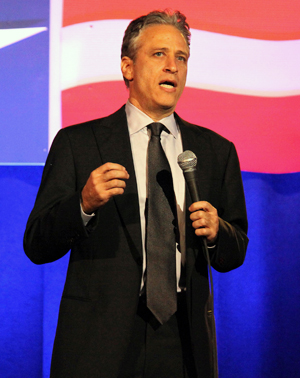 Comedy is saved, everybody! It’s going to be OK.

Both shows are essential to the Comedy Network, as in they roll in the dough. The Daily Show is a top-rated show, averaging 1.4 million viewers in the 18–49 age group — the most highly sought demographic for advertisers (because they’re gullible).

Aside from the shows being cash cows, news would not be the same without a daily dose of Colbert and Stewart. Butchering headlines, news mishaps, roasting politicians and celebrities… It’s just such a wonderful display of comedic creativity, it brings tears to our eyes!

Luckily we can enjoy their company for several more years. High fives! Opinions?

Stephen Colbert is back!
Colbert Report shut down due to family emergency
Adam Lambert guest starring on Pretty Little Liars