When will the madness stop? Game of Thrones actress Lena Headey filed for divorce from husband Peter Loughran last week. 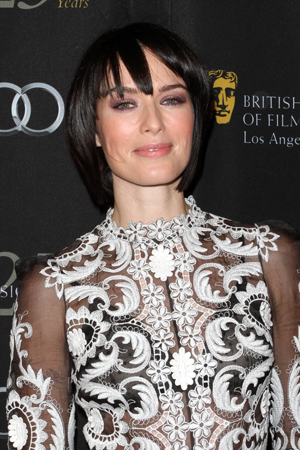 The raven carrieth bad news from King’s Landing: Cersei Lannister is seeking a divorce from her husband…

Not exactly, but close enough. Lena Headey, who plays the fiendish Cersei on HBO’s Game of Thrones, is the one filing for divorce from hubby Peter Loughran.

And let’s be honest: If Headey was anything like her character, she’d never file for divorce — she’d send her husband out to a hunt completely inebriated, to be “accidentally” killed by a wild boar. That would be just like sweet Cersei.

The couple married in 2007 and have one child together, 2-year-old Wylie Elliot Loughran.

Headey joins an army of celebrity divorcees-to-be, like Katie Holmes and Tom Cruise and Heidi Klum and Seal, not to mention epic splitters Johnny Depp and Vanessa Paradis, although they were never married.

More on Game of Thrones

Was George W. Bush featured on Game of Thrones?
Hunger Games cookbook, anyone?
The Emmy Award nominations are in!