Sure, it may sound greedy, but admit it: Two Hobbit films is just not enough. Luckily Peter Jackson kind of wants to make another one anyway… 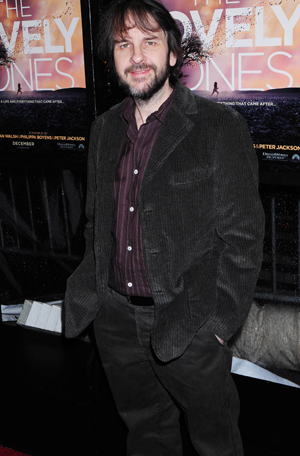 Little hobbits, hold on to your curls, because Peter Jackson may turn The Hobbit into a full-fledged trilogy!

The film is a two-parter so far, but Jackson hinted that he would like to use his extra footage and Tolkien’s notes to revamp this baby into three cinematic amigos.

“There’s other parts of the story that we’d like to tell that we haven’t been able to tell yet,” Jackson told the crowd at Comic-Con.

Entertainment Weekly has confirmed there is some heavy negotiating going on between Jackson and Warner Bros., but nothing has been signed or concretely decided. If this deal goes through, Jackson would have to rearrange cast contracts, receive permission for more shooting time and reposition the plot for fluidity from the first instalment to the third. That’s a hefty commitment right there.

As to the source of additional story material, that’s easy. Tolkien — having been a neurotic, detail-obsessive and word-heavy writer — not only left plenty of material in the actual Hobbit, but also published about 125 pages of additional notes at the end of Lord of the Rings: The Return of the King. The man was a genius!

The first Hobbit film, An Unexpected Journey, is scheduled for release on Dec. 14, and judging from its success, the studios will decide whether the franchise will be a profitable venture.

We’re just going to keep out fingers crossed; the nerd inside us needs to be nourished with quality fantasy films. Opinions?