It’s been only a few days since One Million Moms called its members to boycott Ryan Murphy’s new show, The New Normal. Now it’s his turn to talk… 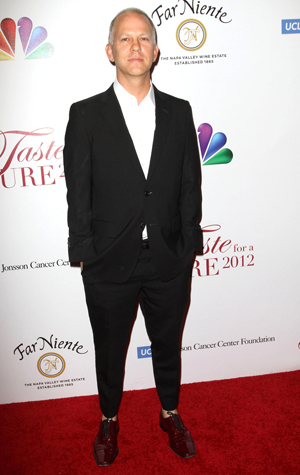 Earlier this week, conservative group One Million Moms (OMM) ascended to Earth to criticize Ryan Murphy‘s (creator of Glee) new show, The New Normal, calling the premise (a gay couple having a child through a surrogate mother) detrimental to morality and values.

Instead of blasting the group with an equally bitter retort, Murphy offered consolation, saying the show features a conservative character with similar ethics as members of OMM.

“Every person and group has a right to protest something,” Murphy stated at a conference on Tuesday. “I find it to be interesting that they would take a position before they’ve seen it. I think if they watch the show, I actually think they would love it. For the first time they will be represented! Ellen Barkin’s character is a member of the Million Moms! She will protest people and events, and I think it will be great fodder for Brian and David’s characters to talk about.

“In many ways this show is about tolerance and the discussion of the tolerance, and its delivered with sensitivity, with a certain amount of veracity.”

Murphy believes Barkin’s character, the ultra-conservative Jane Forrest, will be the more controversial character, and he’s probably right. Intolerance is controversial nowadays, more so than sexual preference. But if it’s handled well, the show could represent both sides and perhaps offer a compromise.