Oprah Winfrey is receiving a steaming-hot plate of criticism, with her India special being accused of snobbery and ignorance.

Related story Oprah's Favorite Black-Owned Beauty Butter Has Been Sold Out for Months, But Now It's at Nordstrom 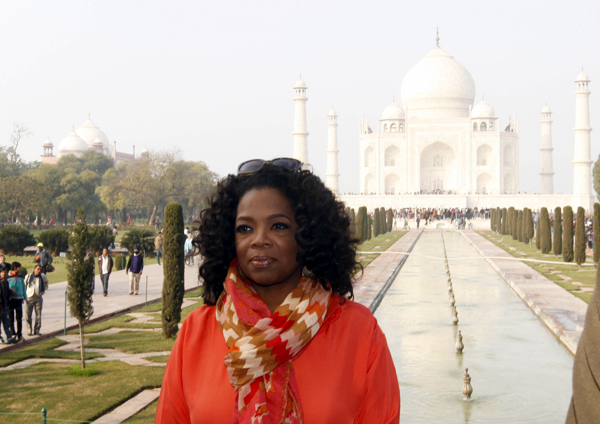 Oy, who knew Oprah Winfrey was not exempt from heavy criticism?

The television tycoon is not a fan favourite right now, following the premiere of the Oprah’s Next Chapter India special on Discovery Channel India and TLC.

Winfrey travelled to the country back in January to film the special; she spent time with families of varying economic advancement, from the slum-dwelling folks to the upper-class bajillionaires. And of course, she visited the Taj Mahal.

So what set off the critics?

To begin with, during a visit to one of the richer Mumbai families, Oprah, whilst sitting in front of an extravagantly set table, asked her dinner hosts, “I heard some Indian people eat with their hands still?”

Other than being snooty, that comment definitely lacks in manners and cultural awareness. Rituparna Chatterjee of the news channel CNN-IBN retorted to the comment via open letter on the network’s website:

“Oprah, your comment about eating with the hand is really not that big a deal to us; we are used to gross Western ignorance regarding our ancient country. But as a responsible public figure about to air a show that will be beamed across the world, you should have done your homework. Using our hands to eat is a well established tradition and a fact none of us are ashamed of. Our economic distinction has nothing to do with it. A millionaire here eats the same way a pauper does. You have been to Asian nations. You should know that.”

Other critics accused Oprah of trying to portray a sob story from the lives of India’s poor. Rajyasree Sen of Firstpost.com described the special as “myopic, unaware, ignorant and gauche. This was Middle America at its best worst.”

It’s hardly surprising, considering that Winfrey is famous for tear-jerking stories that make you want to reach into your wallet and shower the streets with hundred dollar bills.

It’s easy to perpetuate a stereotype, especially if you don’t do the proper research. Oprah went down to India to see disparity and misery; she found it — even if she had to gloss over some inaccuracies.

Oprah saves dad’s barbershop, buys it back for $475,000
Oprah not “desperate” for OWN ratings
Is Oprah giving Maria Shriver her OWN reality series?