Emily Maynard may have found love and a family on the finale of The Bachelorette last night, but it’s a whole different ball game in the show’s spinoff, Bachelor Pad. The third season of Bachelor Pad premiered tonight, and boy, was it a crazy ride! 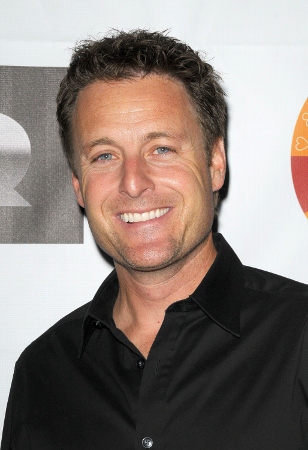 The night began with Chris Harrison welcoming in the season’s group of bachelors and bachelorettes, and then… the fans. That’s right, folks. It isn’t just alumni this time around: The show’s biggest fans also have a chance at a quarter of a million dollars. And it’s clear this little surprise has drawn lines in the sand. So if you were planning on it being a quiet summer of attractive past contestants flirting by the pool, it’s time to re-evaluate your expectations.

Michael seems like he’s here to be the voice of reason throughout the season — and thank goodness for that! Between a set of twins, a drunken, naked Ed and a variety of dangerously catty comments within the first 30 minutes, it seems like we are going to be in desperate need of his rationality and wit throughout this season. We can definitely look forward to more genius comments from him, such as: “It’s like Bachelor Pad meets Dr. Seuss.” Get ready for some solid Stagliano-induced laughs this season!

What do you not want to do when you’re on a reality show and already have a target on your back? Tell someone you have it in for them. Sadly that’s exactly what fan David does to Erica Rose. And Erica is one feisty lady you really don’t want to tick off. But because he won the contest and was safe, it was his fellow fans who got stuck on the chopping block.

And one of those fans, unfortunately, was Paige, who seemed to be developing something really cute and genuine with Reid. So the girl who appeared to be the sweetest and most down-to-earth of the fans is sent packing, and potential romance is struck down. Disappointing! But the previews definitely leave the impression that love is about to bloom for others on Bachelor Pad — and a solid amount of tears and drama are certainly around the corner as well!

Courtney’s written word: The Bachelor winner to pen all
The Bachelor: After the Final Rose
The Bachelor finale: The end’s in sight and deeply obvious